Right in the heart of the city, Olive Green Hotel is the perfect starting point to Crete’s lively and interesting capital. 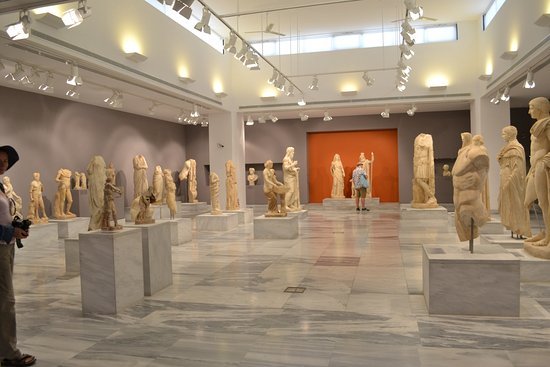 The Archaeological Museum of Heraklion is one of the most important and significant museums in Greece. The museum was built between 1937-1940, and boasts 20 rooms with exhibits originating exclusively from Crete. The collections come mostly from central and eastern Crete, and cover a span of 5.500 years. The exhibits are presented following the chronological evolution of the Minoan civilization. It is located in the center of the town just 100 m from the Hotel.
Information: (0030) 2810 279000 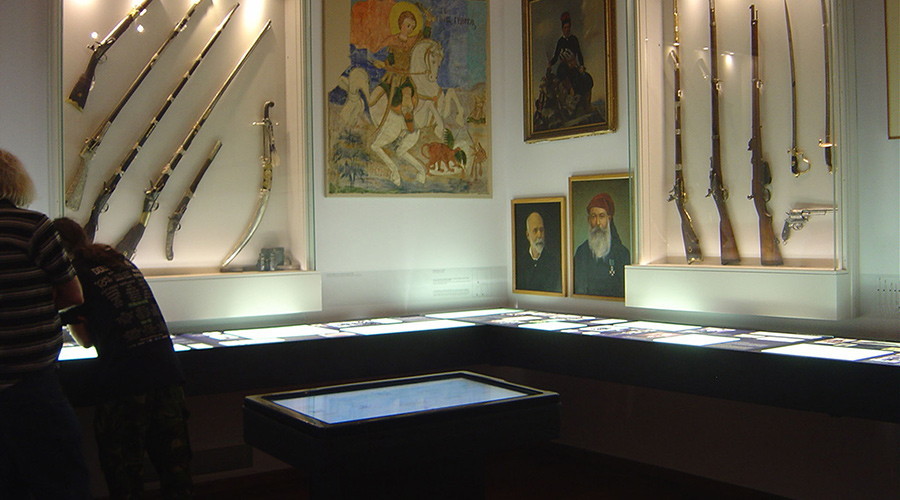 The Historical Museum of Crete was founded in 1953 by the Society of Cretan Historical Studies. It is housed in a three storey neoclassical building, owned by the Kalokairinos family, and represents an important element of Cretan history and tradition. It comprises 12 rooms, showing the evolution of Cretan civilization, from the Christian period until the 20th century. Its collections include pictures, historical heirlooms, books, maps, Cretan costumes and many other exhibits depicting the Crete of the past.
Information: (0030) 2810 283219, 288708 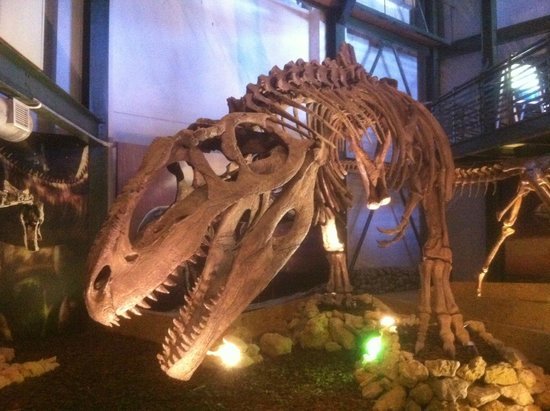 In the Natural History Museum of Crete, visitors become familiar with the flora and fauna of Crete and mainland Greece. A key focus of the museum is to enable visitors to understand the relation between the old civilizations and the natural environment; to learn about the impressive past, and the future of Crete and the Mediterranean, through fossils, rocks and minerals.
Information: (0030) 2810 324366, 282740 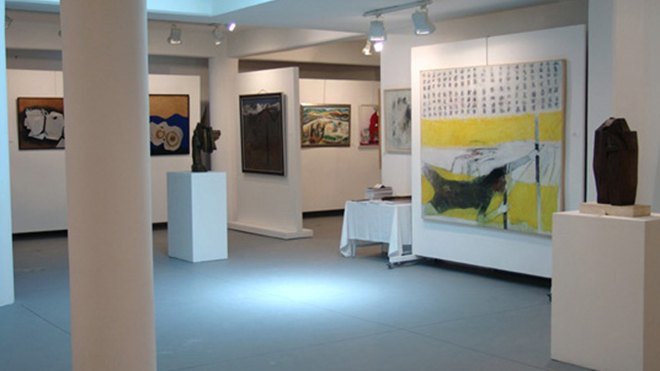 The Museum of Visual Arts of Heraklion (METH) was established in 2000 by K. Schizakis and is a meeting place between artists and their publics. It is a place of intellectual development, education and entertainment. The museum hosts important art and culture events.
Information: (0030) 2810 226683

The Venice of the East as it was described during the Venetian rule, has the Koules as the trademark of the medieval city of Heraklion. The Koules Fortress was built in 1523-1540 offering a spectacular view to the Cretan Sea, and is the vigilant sentry that protects the city of Heraklion. 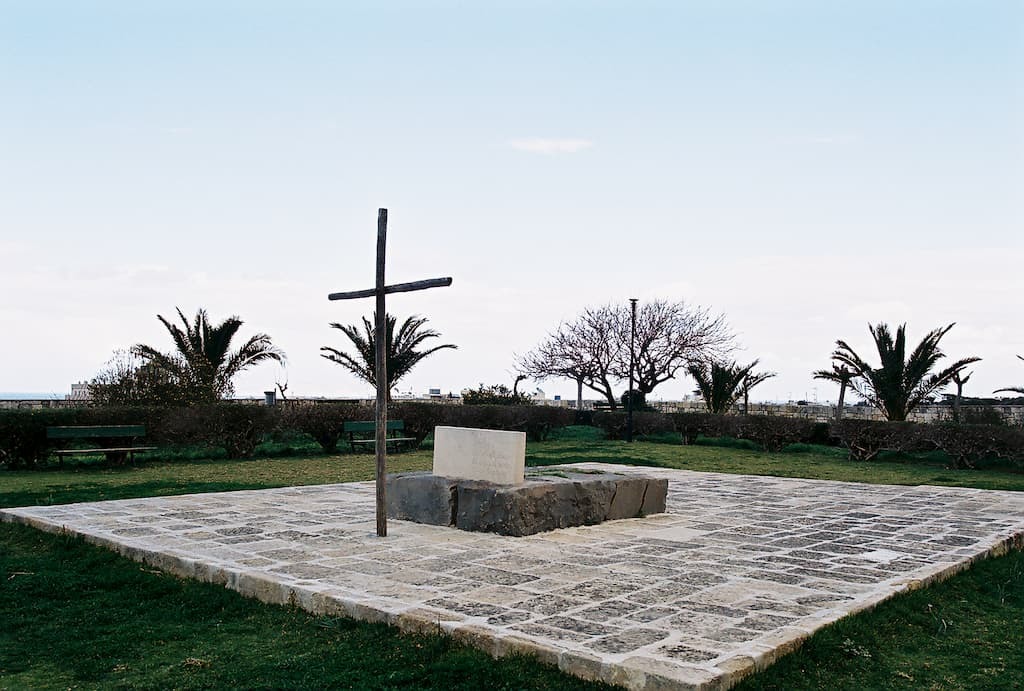 The tomb of the most beloved writer of Crete is located on the southern part of the Venetian Walls, on the highest point of the Venetian fortification, the Martinego cavalier. Its wooden cross bears his famous quote: I hope for nothing. I fear nothing. I am free. Offering a view to the entire city of Heraklion, this landmark makes clear that no homage will ever be enough for this great man.

The Palace of Knossos 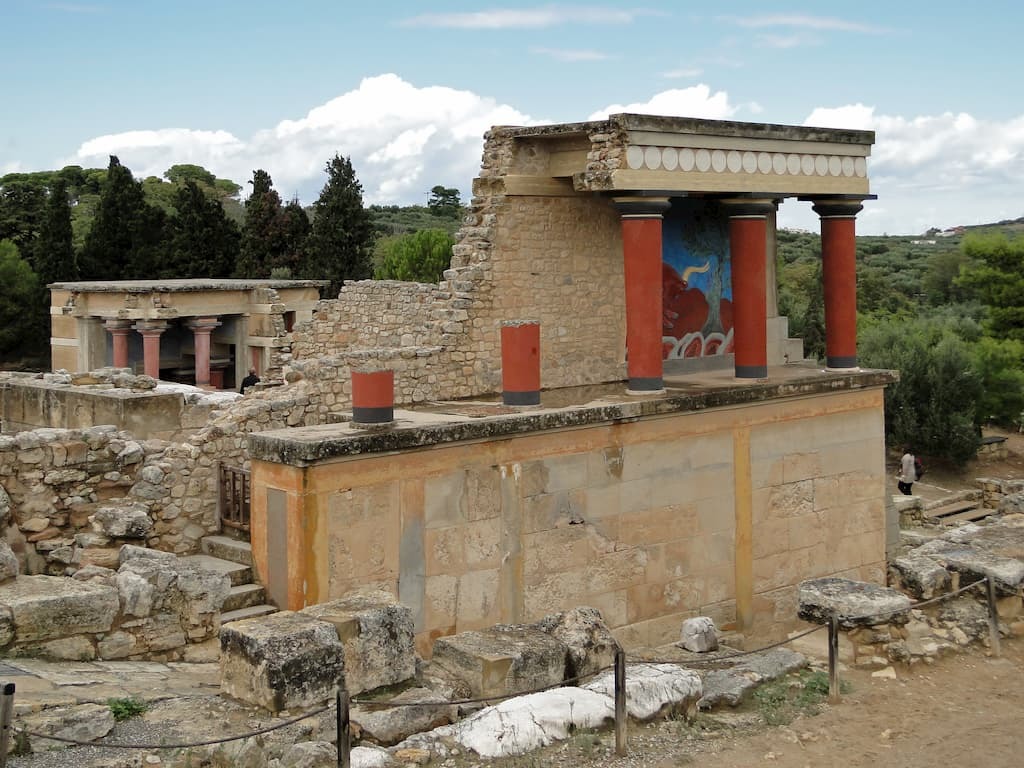 Knossos is the most important and majestic creation of the Minoan Civilization, a sacred cultural heritage of Greece, and a world renowned monument. Located 5 km southeast of Heraklion, the Minoan Palace of Knossos, expanding over a surface of 22.000 m2, is visited by thousands of tourists and locals every year.
Information: (0030) 2810 231940, 2810226470 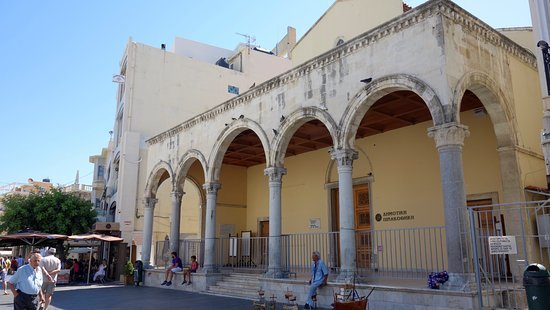 St. Markus basilica is also located on Venizelou Sq. and now used as a lecture hall, exhibition center, as well as other cultural events. It also houses the municipal library. Built by the Venetians in 1239. The Dukes used to attend the church services and also got buried there. From the entrance of the church the public herald used to pronounce the Dukes’ directives to the people.

The Venetian walls represent the most formidable project of the Venetian rule. They were first built in the 15th century whereas extensions and improvements were carried out during the 16th and 17th centuries. The main architect was one of the famous army engineers of the 16th century, Michele San Michele of Verona. The perimeter has a length of 3 km reinforced with three ramparts which are still maintained.It has four gates: the pier gate at the harbor, the gate of Lazaretto ,the gate of the Pantocrator or Panigra known today as the gate of Chania, and the fourth gate is on the southern side called the gate of Jesus or new gate. Proceeding along the perimeter we reach the impregnable bastion of Martinego, the highest point on a peak where the walls meet forming a triangle into the peninsula. Here lies the tomb of Nikos Kazantzakis (1883-1957) from where one can enjoy a panoramic a breathtaking view. 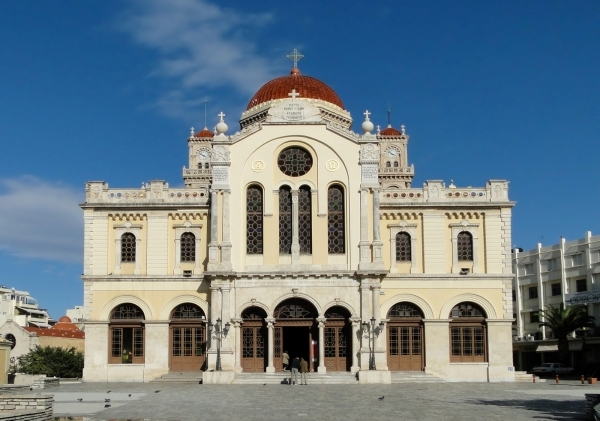 Saint Minas Is the metropolitan church situated on Agia Ekaterini Sq. Built during 1862- 1895, this is one of the most impressive churches as regards size and position. It is in the shape of a cross with a dome and four equidistant pillars. On the western corner of the metropolitan church there is a tiny, older church of Agios Minas (again) which has ornate wood carvings and icons from the 18th century. It is not known when it was built. This small church since 1735 functioned for a substantial period of time as the metropolitan church until displaced by the bigger building. Nearby you can find the archbishopric of Crete. 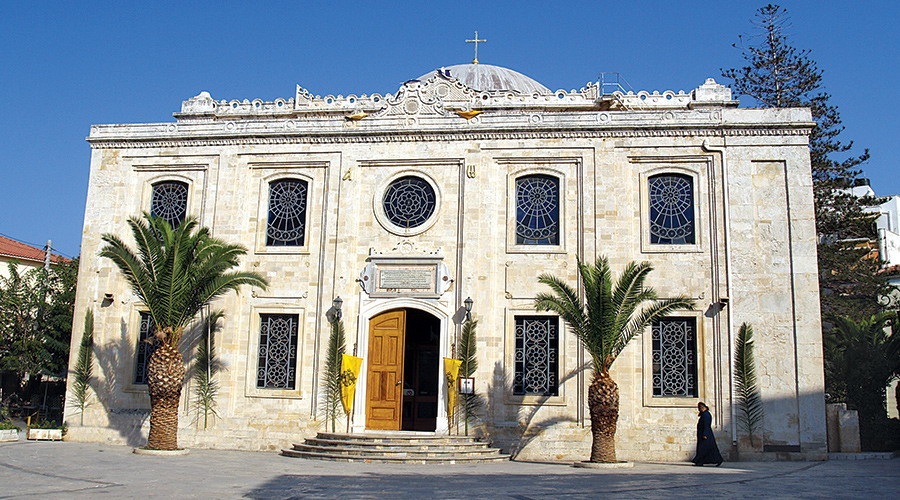 Along past 25th August St., on the left side, you will find a square hosting St.Titus, a church honoring the protector of the island. Initially a Byzantine temple, during its many historical phases suffered substantial damages: renovations including major alterations by the Venetians in the 16th century and it was also used as the metropolitan church by the Catholics. During the Turkish rule it was converted into a mosque, the “Vezir mosque”, destroyed in the big earthquake of 1856, rebuilt on its own foundations in 1872. In 1926 it again became an Orthodox church after undergoing relative repairs and alterations. The combination of a variety of architectural elements can be seen supporting its multi-faceted history. Within St.Titus is preserved the skull of the saint after it had been returned from Venice where it was initially sent during the sacking of Heraklion by the Turks. 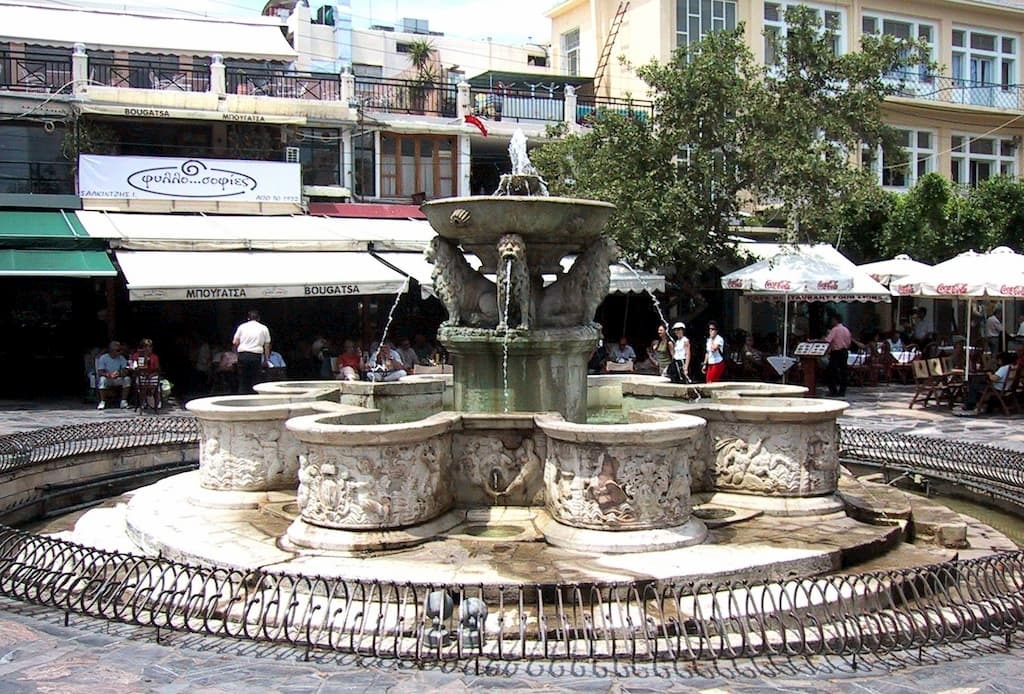 This is situated in the centre of Venizelou square, and it was inaugurated by the Venetian administrator Francesco Morozini. Water comes out from spouts in the mouths of four lions, dating from the 14th century, the decor of the eight troughs of the fountain consist of reliefs from scenes of the Greek mythology on top of which there is a gigantic statue of Poseidon holding his trident which unfortunately got destroyed during the Turkish rule. The fountain was connected to the aqueduct (also constructed by Morozini) transporting waters from the Yuchta slopes to Heraklion.